The life time (number of charge-discharge cycles) of these cathode materials is reduced by degradation processes. One of these is the dissolution of cations into the electrolyte. To prevent this, a protective coating is applied to the cathode material. It is important that these coatings are both closed (to prevent the dissolution of cations) and as thin as possible (to allow transport of Lithium ions to the cathode material). This closure of the coating is often studied by techniques like XPS and SEM/EDX, though their analysis depth (~ 2 nm for XPS and ~ 2 µm for EDX) is too high. An analysis technique that is more surface specific than XPS is needed.

Low Energy Ion Scattering (LEIS) is a chemical analysis technique with an information depth of 1 atomic layer (~0.3 nm). Unfortunately, in practice, these cathode materials are covered with a layer of Li2CO3 and LiOH. The LiCarbEx procedure, developed at the Tascon laboratory, is able to remove these layers, without significantly damaging the coating. This enables the analysis of cathode material with LEIS. It makes it the ideal technique to analyze the closure of coatings on cathode materials.

The principle of a LEIS analysis is illustrated in figure 1. It exploits the fact that the velocity (energy) of an object (probe ion) after a collision depends on the mass of the object it collided with (surface atom). By measuring the energy of the scattered ions, the surface atoms can be identified and their concentration quantified. The analysis with noble gas ions, that are neutralized (and undetectable even after scattering) when they enter the sample, makes sure that the analysis is limited to the outermost atomic layer. 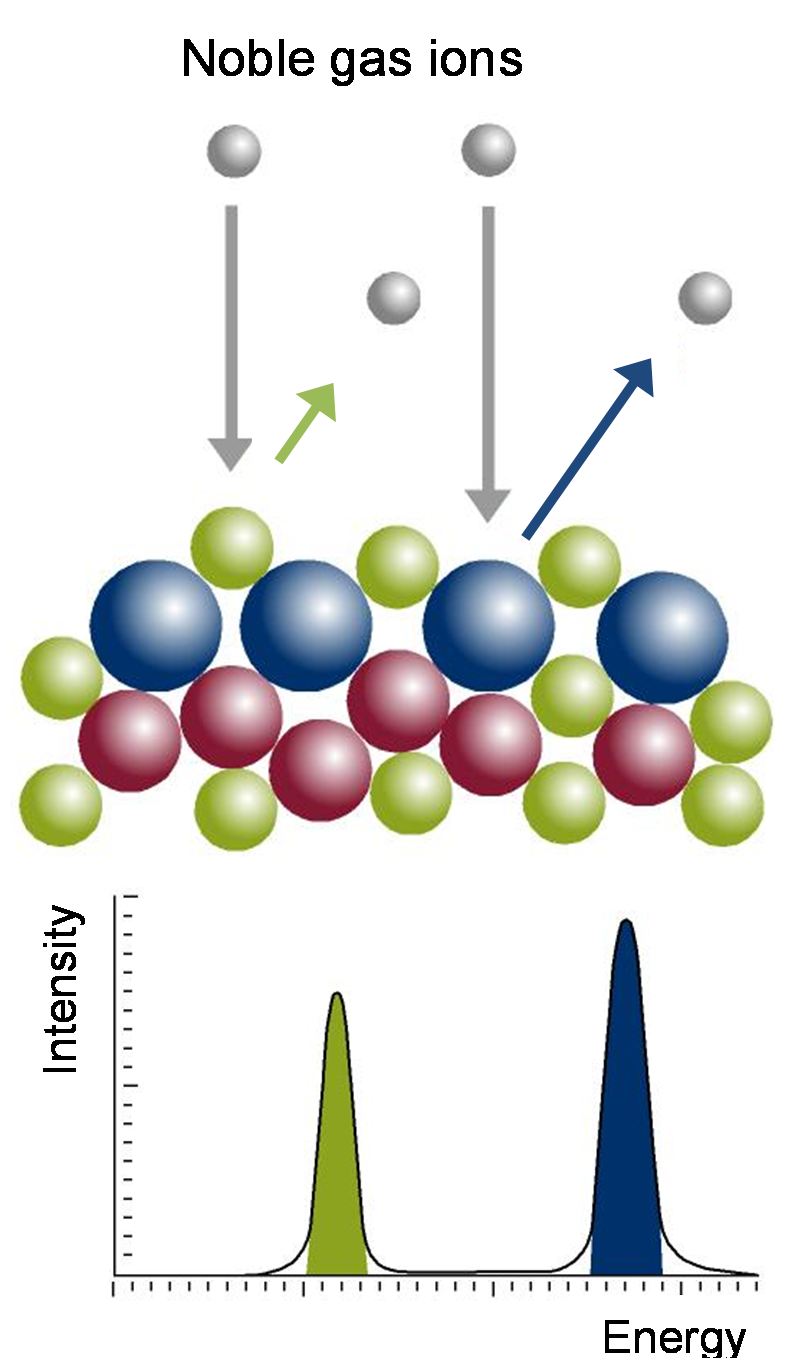 Figure 1: Principle of a LEIS analysis: Noble gas ions are aimed at the surface where they collide with atoms. The measured energy of the scattered ions is a measure for the mass of the surface atom. Light surface atoms (green) appear at low energy, whereas heavier atoms give rise to a peak at high energy. The peak areas can be evaluated to give a quantitative element analysis of the outermost atomic layer.

When they are analyzed at the Tascon laboratory, cathode materials are undergoing two preparation steps before the analysis with LEIS (see figure 2). Hydrocarbons, adsorbed from air, are removed by a treatment with oxygen atoms. The subsequent LiCarbEx process removes Li2CO3 and LiOH, so that either the cathode material or its coating is exposed. The LEIS analysis follows after these steps. Figure 3 shows how the preparation affects the 3 keV 4He+ LEIS spectra of an AlOx coated NMC 532 cathode material. 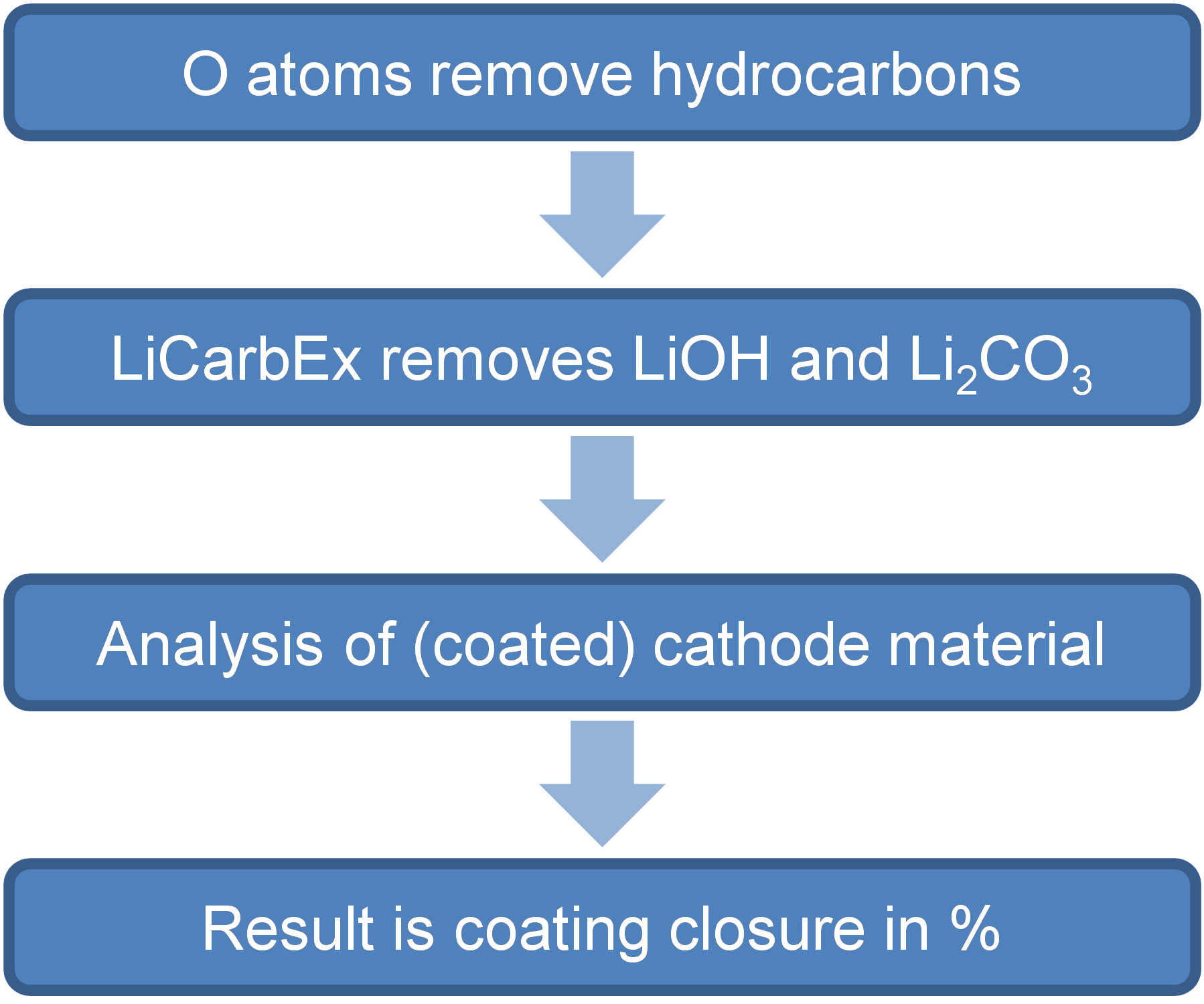 The spectrum of the sample “as is” barely shows any peaks for Al or Mn, Ni or Co, since the sample is covered by hydrocarbons from air (compare fig. 3) After the oxygen atom treatment, the spectral intensity increases and there is a small, but clear peak for Al. After the LiCarbEx procedure, LiOH and Li2CO3 have been removed from the surface, leading to a peak for Mn / Ni / Co in the spectrum. 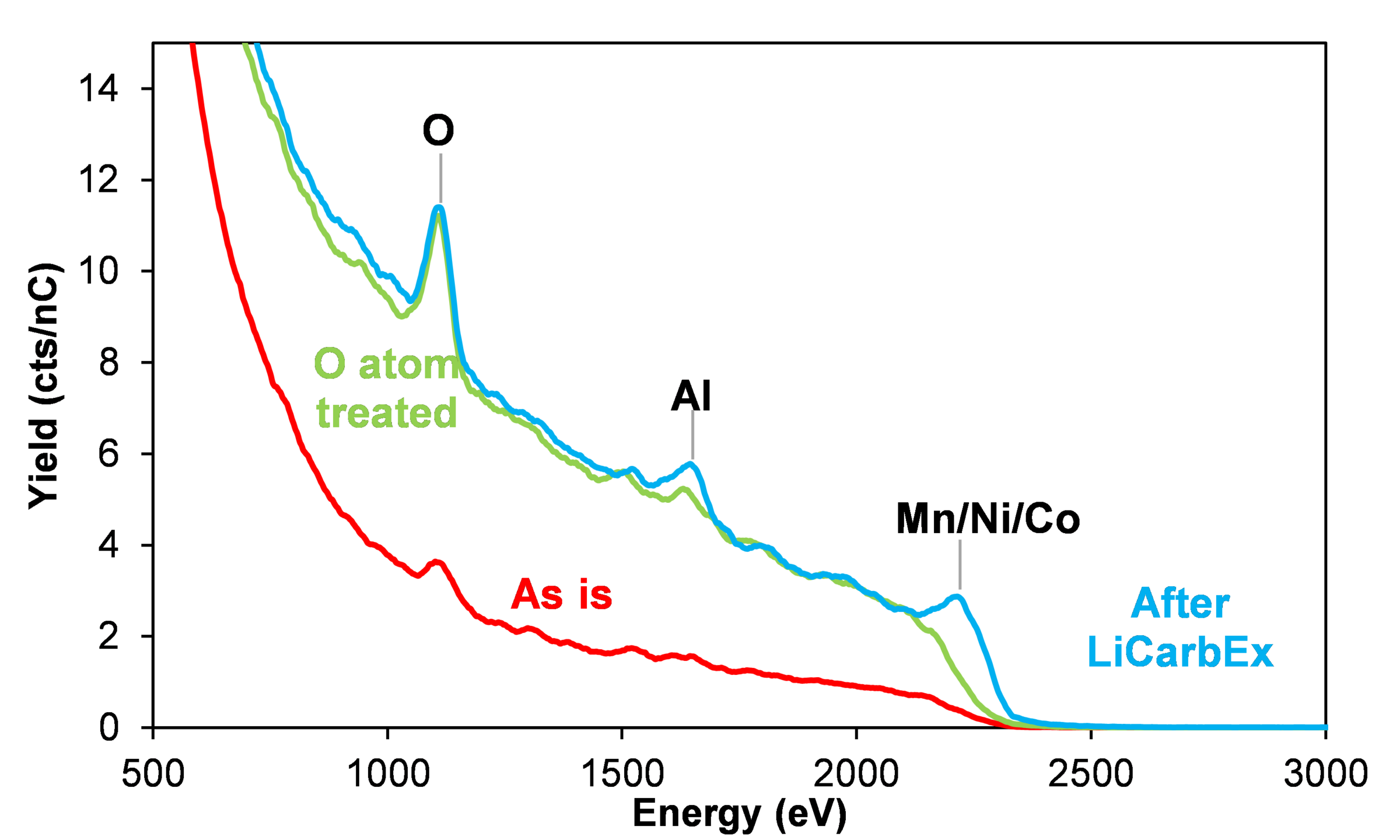 Figure 3: 3 keV 4He+ LEIS spectra of AlOx coated NMC 532 cathode material through the preparative steps: “as is”, after the O atom treatment and after the LiCarbEx procedure.

In the Tascon laboratory, the actual analysis of cathode materials is performed with 5 keV 20Ne+ ions. This analysis has the advantage that the resolution and sensitivity for transition metals (often used in cathode materials) are higher. The spectra of pristine and AlOx coated NMC 532 cathode material are shown in figure 4.

The Mn and the Ni/Co peak are somewhat lower for the coated sample than for the pristine sample. This is caused by the fact that some of the Mn, Ni and Co are now covered by AlOx. A comparison of the peak areas results in the fraction of Mn, and Ni/Co that are not covered by the AlOx coating. The complement is the coating closure (figure 5). 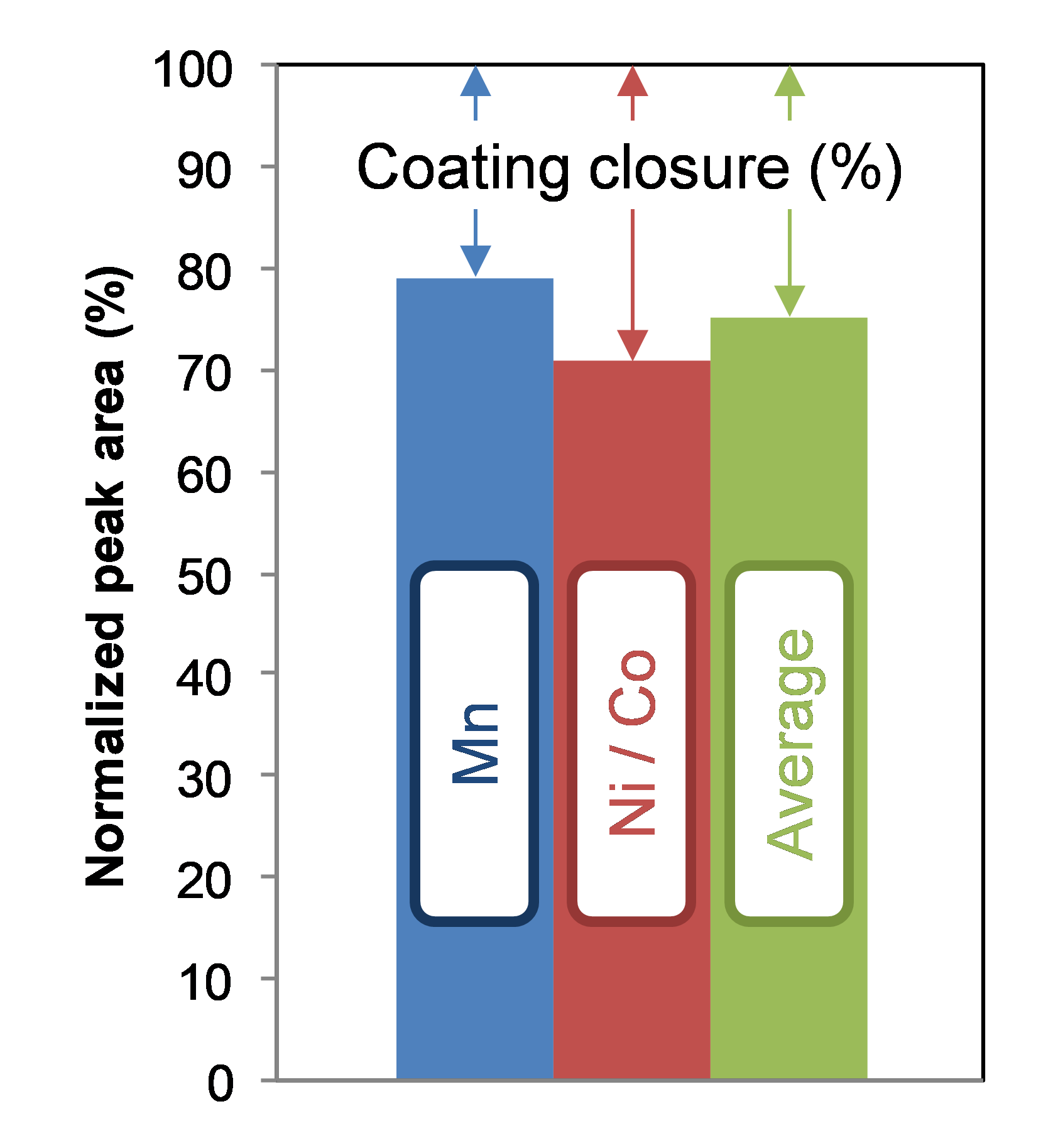 Figure 5: When the peak areas of the coated cathode material are normalized by those of the pristine sample, the fraction of the coating that is open is obtained. The complement is the coating closure.

The result of the analysis of this cathode material was a coating closure of 25 ± 4 %.

Tascon - your partner for the investigation of battery materials

If you are interested in further details, contact the Tascon’s experts in the laboratory for the analysis and investigation of coatings on any material. 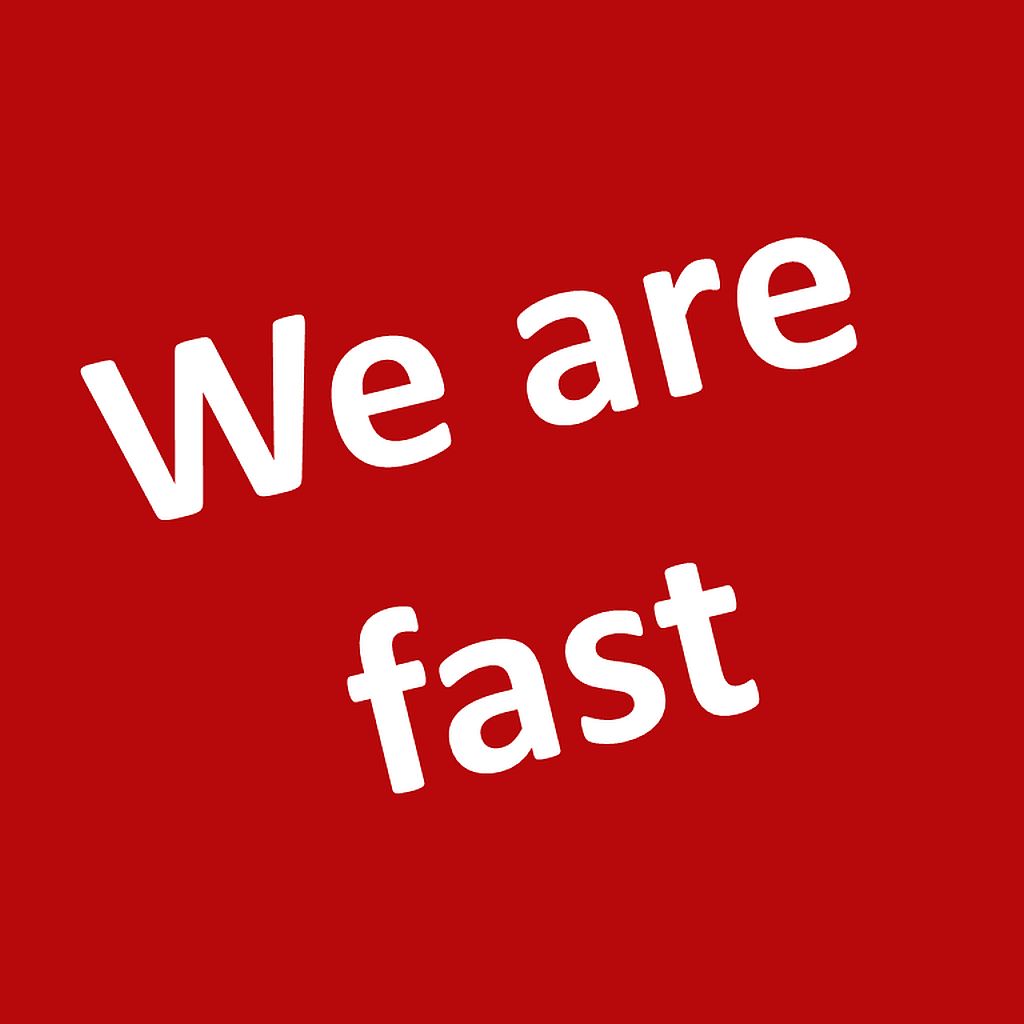 © 2022 Tascon GmbH
Imprint
Cookies
Data Protection
We use cookies to make our websites more efficient for you and to better tailor our offer for your interests. Without your consent, we only use technically necessary cookies. For all other cookies (including marketing and analysis cookies) your consent is required. When using Google Analytics, personal data is transferred to the USA. You can make your selection here and change your cookie settings at any time in the future. More information can be found in our data protection declaration.
Data Protection Imprint